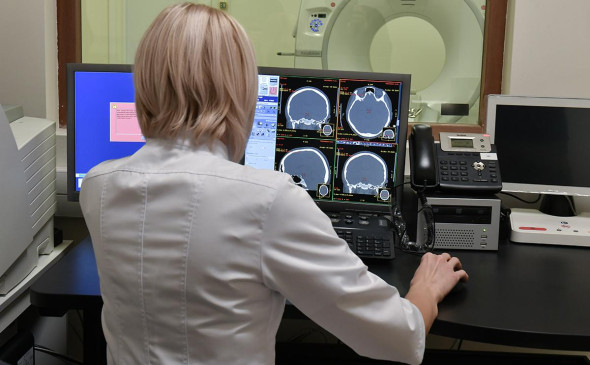 Lex, a provider of solutions for the development of complex oil fields (according to the company’s own data, it operates in 29 countries, among its clients are Rosneft, Gazpromneft, etc.), received RUB 250 million. According to SPARK, the company’s revenue in 2021 amounted to RUB 70.4 million, with net profit of RUB 3.26 million. By the time of publication, Lex did not respond to RBC’s request.

Sciberia, a project developing artificial intelligence for medical image analysis, received RUB 150 million from Voskhod. According to a Sciberia representative, the money raised will be used to “expand the product portfolio and obtain the necessary certification.” Sarkisov notes that most of the companies in the collected portfolio are already operating businesses with fairly big revenues, while Sciberia is “an earlier project, its solutions are only being piloted in Russian hospitals.” For example, Sciberia has developed two diagnostic modules for analyzing CT scans of lungs and brain that “see” COVID19, lung cancer, signs of ischemic and hemorrhagic stroke. The company is also working on developing products to detect breast cancer. According to SPARK, the company’s 2021 revenue is RUB 382 thousand, while the loss is RUB 1 million.

The Qummy project (the name comes from three English words – quick, quality and yummy) obtained RUB 200 million. The company defines itself as “anti-fast food”: a foodtech startup launches “smart” cafes on an area of ​​2 sq. m and more without chefs and kitchens, equipping them with ovens and a freezer with frozen food (such solutions are offered, in particular, for hotels and gas stations). In March of this year, Qummy CEO Evgeny Pisarev said that in 2021 the startup received about $1.6 million investment, around the same time he tried to relocate a team of 3-4 people to the USA: “Our product is more interesting for developed markets. We replace manual labor, which means we are useful in countries where it costs more. Therefore, it is more profitable for us to work in the USA and some European countries.” In a conversation with RBC, Pisarev noted that with the funds received, the company plans to “grow 4 times in Russia over the next year” and “start exporting its products from Russia to Dubai and other countries.” According to SPARK, revenue in 2021 amounted to RUB 145 million rubles, while net loss to RUB 14 million.

Sarkisov does not name three more companies in which the fund invested, he only specifies that funds were received by: a holographic augmented reality system, a platform for robotizing industrial enterprises without the need for programming, and a manufacturer of innovative biopolymers for water treatment and domestic use.

How much the fund received in projects is not disclosed by the parties to the transactions. Voskhod focuses on shares in projects from 10% to 49% with “active participation in strategic planning, corporate governance, business development,” Sarkisov points out: “In a number of areas in the new market conditions, we believe in the venture builder model and are committed to launching projects and consolidating engineering teams within this model.” Among such areas, he named the new mobility market, where “there are many developments, but there is no business yet.”

What does the Voskhod Fund do?

The Voskhod Fund was established in November 2021 by the Interros company, whose president is Vladimir Potanin (ranks second in the Forbes rating of Russian billionaires in 2022, with his fortune estimated at $17.8 billion). At the point of establishment, the proposed investment profile was described as follows: “development of high-tech companies in the Far East to solve industrial problems”. It was announced that the fund would invest 10 billion rubles in projects over the course of five years. According to Sarkisov, by the end of the year, the fund’s total investment in Russian companies will exceed 2 billion rubles. Now the key investment areas are robotics (service and industrial), new mobility (drones, fuel cells, etc.), biotechnologies and medicine, agricultural technologies, green technologies, microelectronics and optoelectronics, food tech.

In Q1 2022, the volume of venture investments in Russian projects exceeded $680 million, which is 27% more than in the same period of 2021. Investments in companies that are at the “maturity” stage (where the business demonstrates stability and constant growth) grew especially strongly – 11 times, up to $514 million, according to Dsight. However, in April, venture investors surveyed by RBC predicted that by the end of the year, the transaction market could fall in volume and number by two to three times. Artem Inyutin, managing partner of TMT Investments, then suggested that in July-August there would be a situation when “many startups will get tired of waiting for rounds with high estimates, and will adjust their multipliers to stock values, and then the funds will again begin to invest more intensively.”

In an interview to RBC, Alexander Laryanovsky, head of Skyeng, announced the destruction of the Russian venture capital market. According to him, “unfriendly” countries “are unlikely to have any interests in Russia. “As for the rest of the world, Asia, for example, will wait and watch, because somewhere in six months [investment] decisions may appear,” Laryanovskiy reasoned. He argued that in such conditions, startups will have to rely only on their own resources and self-sustainable financial growth. At the same time, the head of Skyeng emphasized that Russian companies and investors adopted a wait-and-see attitude.

Vladimir Sakovich, head of Skolkovo Ventures (managing several venture funds), on the contrary, insisted that investments in startups would continue, but their focus could change. According to him, they will invest in import-substituting and improving technologies. “We expect that the number of M&A [mergers and acquisitions], investment transactions will increase. In the coming months, we will hear about a large number of transactions in the market. We already hear. Now it is profitable to buy high-tech assets: prices are lower, markets are freer,” he predicted. Regarding venture investments, Sakovich mentioned that they can be expected in the field of reindustrialization – new factories, large production clusters, etc. will be created. “To control the entire top-down structure in an innovative industry, you will need many times more money than before, when it was enough to write a particular niche product. Therefore, those structures that have a lot of money, who are able to concentrate it, cover the entire vertical, will win,” he concludes.

Igor Drozdov, head of Skolkovo Foundation, emphasizes positive aspects of the crisis. He believes that now some startup products have turned out to be “very interesting” in an environment where Western competitors have left and “new markets are opening up” for them. “Before, their potential income had a ceiling, roughly, of 1,000 clients; now there may be hundreds of thousands of them. This, of course, completely changes the prospects of companies, including investment prospects,” says Drozdov. As pre-estimated by him, total revenue of Skolkovo resident companies in the first half of the year grew by about 15%; the volume of investments contracted increased by the same amount.

Projects with a finished product, a formed funnel, and first completed sales can apply. The application should show runway, burn rate per month, MRR, revenue for the last 12 months.

Projects with a finished product, a formed funnel, and first completed sales can apply. The application should show runway, burn rate per month, MRR, revenue for the last 12 months. Representatives of the fund will contact the most interesting projects.

The Voskhod Fund is interested in projects that develop in the following areas:

The fund’s check starts from $0.5 million, the ceiling is $10 million. A pitch deck can be sent to pitch@voskhod.vc.

The Voskhod Venture Fund was established in December 2021 to invest in DeepTech, the investor is the Interros group owned by Vladimir Potanin. The fund’s volume is RUB 10 billion. There are three companies in the portfolio, including Sciberia, the developer of a neural network for medical image analysis.

A start-up of ex-Cian managers and a neural network diagnostician: who was given money this week

A start-up of ex-Cian managers and a neural network diagnostician: who was given money this week 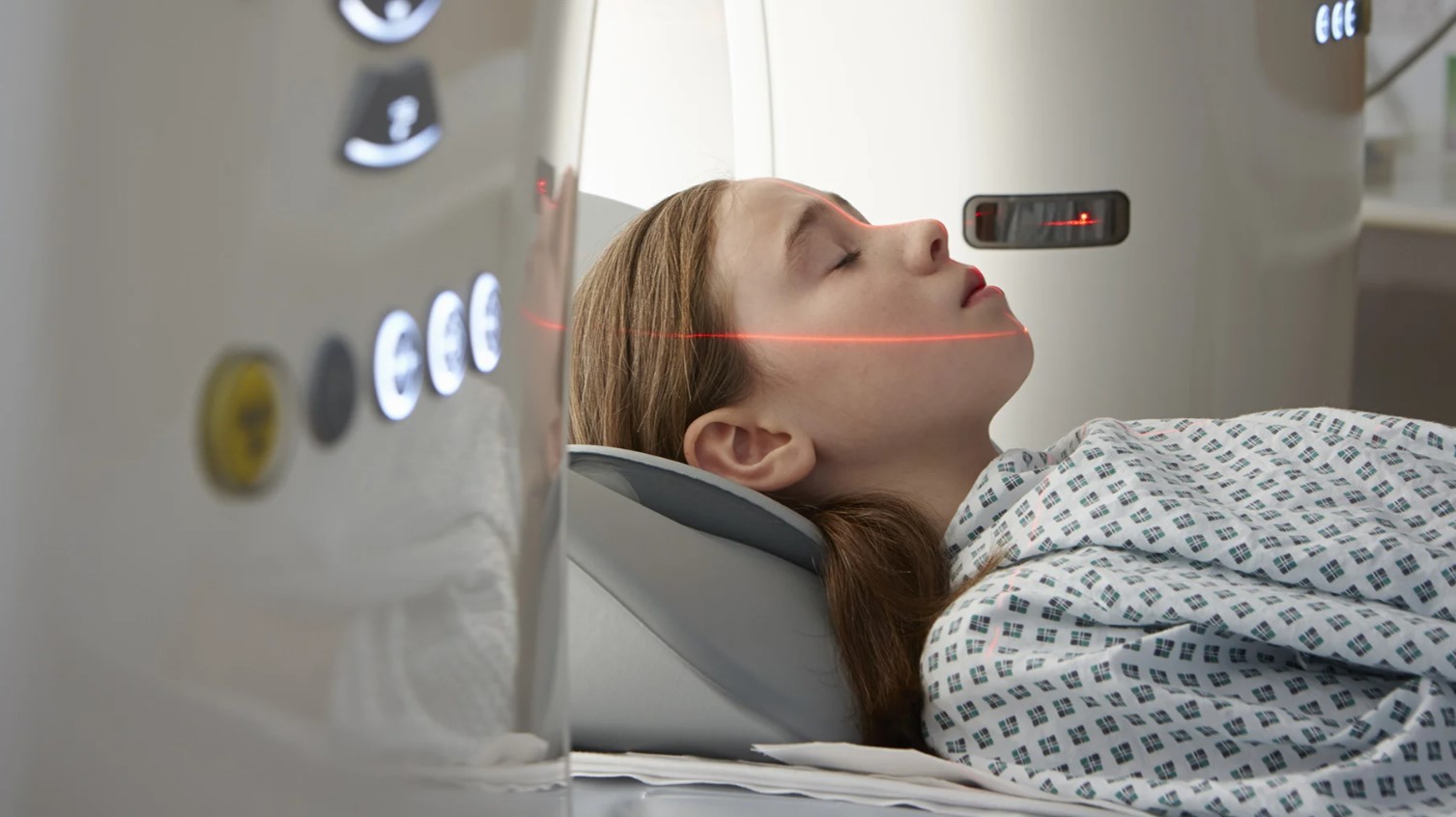 Since the beginning of the “special operation”* in Ukraine, investment rounds with the participation of Russian startups have been rare. This week, just like the previous two, only two projects have been announced to raise money. It is the developer of a software for automating online sales management, founded by former top managers of Cian, and the creator of a neural network for diagnosing diseases using medical images.

The list is based on Forbes data. Maximum amount of investment this week is RUB 150 million.

* As required by Roskomnadzor (Federal Service for Supervision of Communications, Information Technology, and Mass Media), in preparing materials related to the special operation in eastern Ukraine, all Russian media are obliged to use information originating from official sources of the Russian Federation only. We cannot publish materials in which the ongoing operation is called an “attack”, “invasion” or “declaration of war”, unless it is a direct quote (Article 53 of the Media Federal Act). In case of violation of the requirement, the media may be fined 5 million rubles, and the publication may also be blocked. 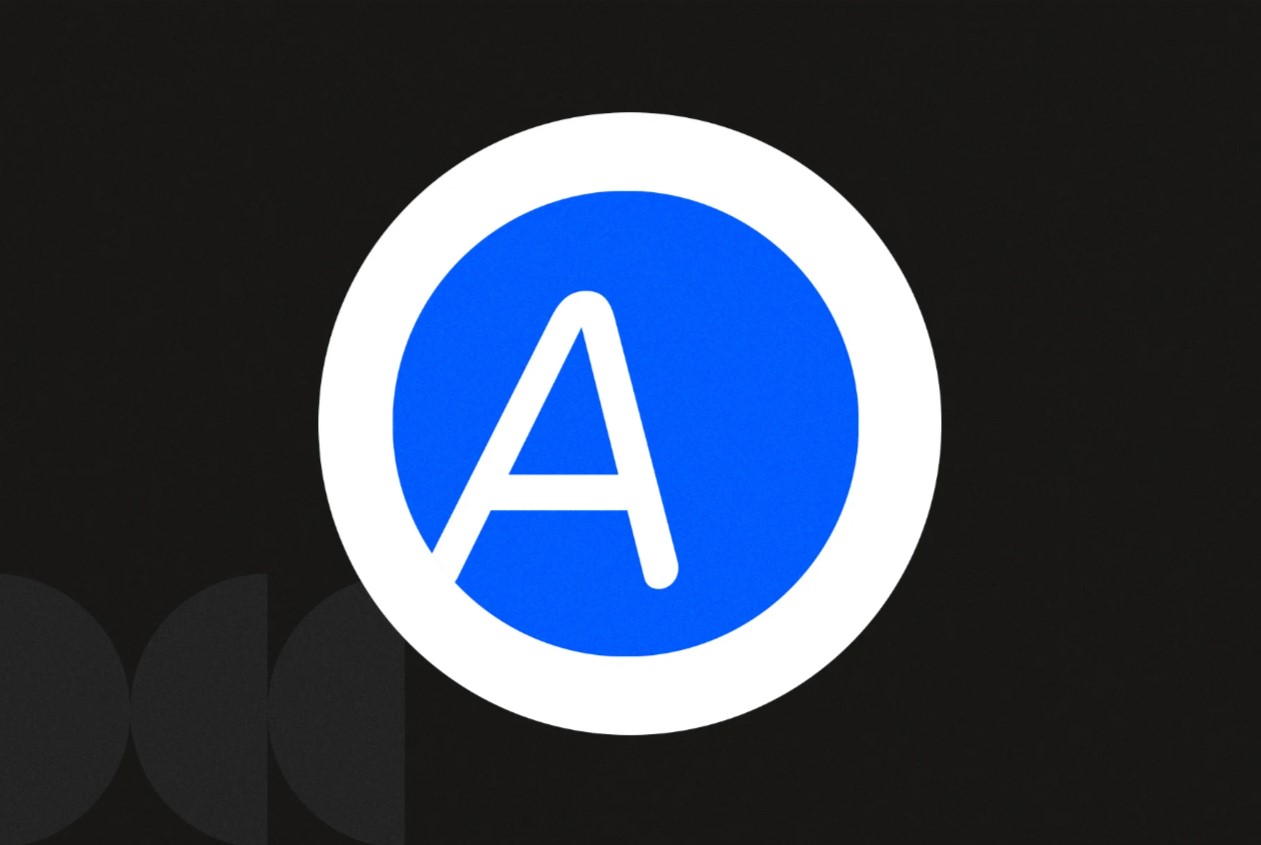 The Anabar marketplace sales management service obtained an investment of RUB 65 million from the First Bit IT integrator and 13 business angels, as reported to Forbes by a company representative.

The startup was launched in 2020 by Petr Markov and Pavel Tarasov, former top managers of Cian, a housing search service. Previously, Markov was responsible for regional development of Cian, while Tarasov headed the company’s machine learning and data analytics department. Anabar is developing a system for monitoring competitors and managing sales on the Ozon and Wildberries marketplaces; this year, the list of trading sites will be joined by Yandex Market, Sbermegamarket and Aliexpress Russia. The system helps users plan deliveries, automatically calculate margins, monitor competitors’ prices and market trends, give tips on SEO promotion, etc. Anabar has two tariffs: for beginners (RUB 4,900 per month) and advanced (RUB 15,000–30,000 per month) sellers.

The investments will be used to improve competitor monitoring and sales management systems. In addition, the company plans to start creating an automatic price and advertising campaign management service on marketplaces, as well as a scoring service for banks.

According to data provided by SPARK (Professional Market and Company Analysis System), the company’s revenue in 2021 amounted to RUB 16.2 million, the loss was RUB 31.7 million. According to Anabar’s own data, in February 2022, its monthly revenue increased by 639% compared to the last year, and by 20% compared to January. According to Markov’s forecasts, by the end of 2022, the business will grow eight to nine times. 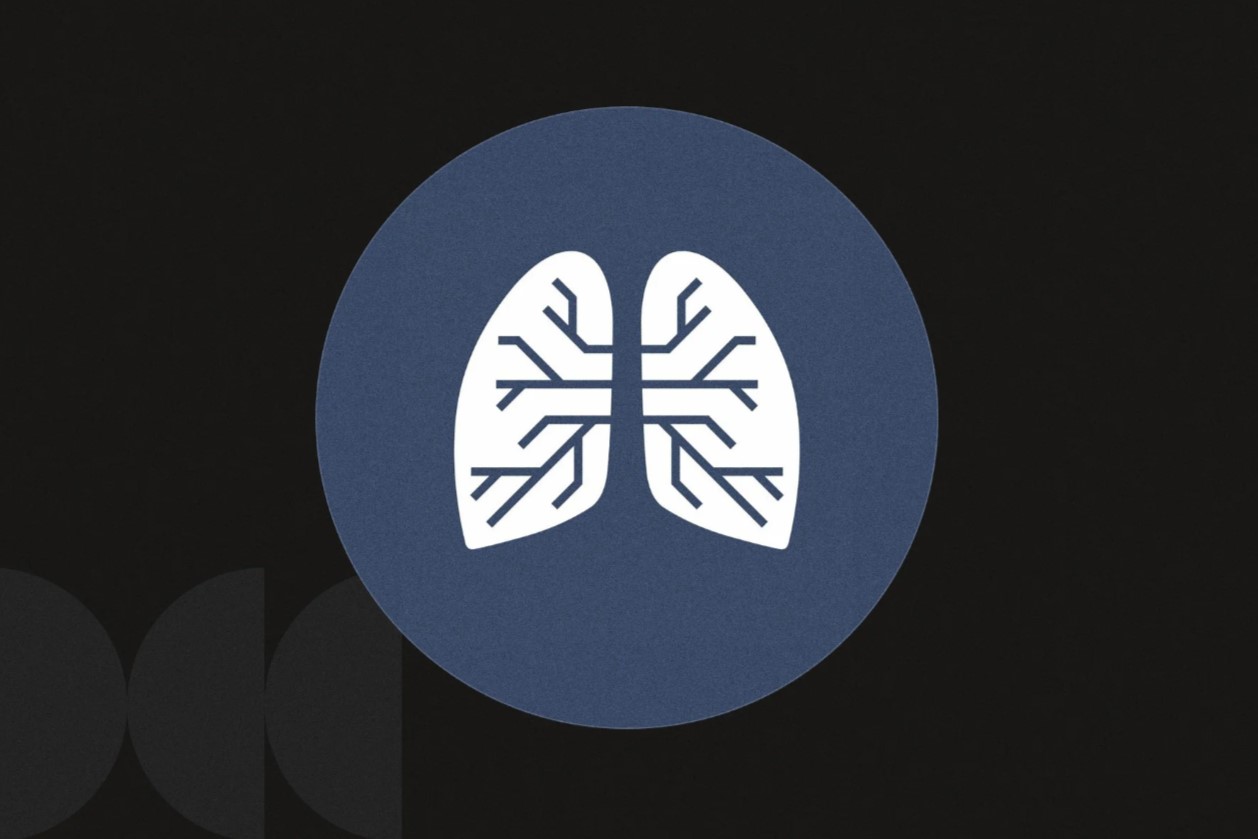 The startup was launched in Yakutia in 2017 by practicing radiologist Igor Savvin, developer Afanasy Argunov, and businessman Aisen Ivanov. The company is developing a medical image analysis system based on computer vision and artificial intelligence technologies. Today, Sciberia has two diagnostic programs for CT image analysis: Sciberia Lungs for diagnosing COVID-19 and lung cancer, and Sciberia Head, which detects signs of ischemic and hemorrhagic strokes. The programs calculate quantitative (volumes and percentages of lesions and changes) and qualitative (localization, type of lesions and changes) characteristics for the doctor, helping him make decisions. The company is also developing several services for viewing, storing images, and maintaining medical staff accounts.

According to the startup’s own data, its programs allow four times faster processing of CT scan results with an analysis accuracy of up to 98%. Developments of Sciberia are already being tested in three Yakutsk city hospitals, as well as in an inter-district hospital in Sayanogorsk, a startup representative told Forbes. Sciberia will use the funds raised to expand its product portfolio, have software certified and launch its sale to medical organizations in Russia and abroad.

Medical image analysis systems in Russia are also being developed by Botkin.AI and Celsus startups. Both raised investments in 2020: Botkin.AI – RUB 160 million from Unicorn Capital Partners and Tashir Medica investment holding, Celsus – RUB 180 million out of the venture fund of the National Technology Initiative.

Projects with a finished product, a formed funnel, and first completed sales can apply. The application should show runway, burn rate per month, MRR, revenue for the last 12 months.